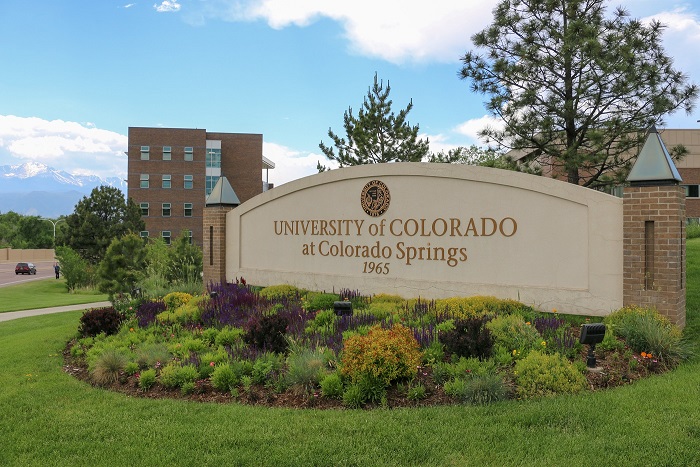 Contact Us
Remote office business hours are Mondays-Fridays, 8:00 a.m. to 5:00 p.m. We can be reached via email. Click here to see a list of contacts and emails: https://osp.uccs.edu/contact-us
Translate this page

Can I travel with my laptop

It depends, under the Temporary Export Exemption, individuals traveling with technology or data that is routinely available from a commercial vendor will probably not require an export license as long as:

Do export controls only apply to sponsored/funded research?

No. Export controls are U.S. laws that apply to all research and activities conducted at UCCS whether funded or not. Export controls may cross all academic fields including but not limited to engineering, psychology, biology, chemistry, and education to name a few.

How can the fundamental research exclusion be lost?

Fundamental research: Research that is NOT Restricted. Restrictions may include, but not limited to:

Is my UCCS research or activity subject to export controls?

It depends on many factors like type of research, participant's nationality, NDAs, acceptance of export controlled information, etc. To help you get an idea please review the Export Control Information Sheet

If you have questions, please contact Mike Sanderson, at exportcontrol@uccs.edu or 719-255-3044 for assistance and guidance.

May a foreign national use equipment in my lab if the "fundamental research" exclusion applies to my research?

What are sanctioned Countries

Countries that are designated by OFAC as having limited or comprehensive trade sanctions imposed by the United States for reasons of anti-terrorism, non-proliferation, narcotics trafficking, or other reasons.

What is a dual Use item?

What is an Export?

Who is considered a foreign person?

A foreign person is anyone who is neither a lawful permanent resident (green card holder) nor a protected individual admitted refugee or person granted asylum. A Foreign Person also means any foreign corporation, business association, partnership or any other entity or group that is not incorporated to do business in the U.S. Foreign Persons may include international organizations, foreign governments and any agency or subdivision of foreign governments such as consulates.

What is Dual Use Research of Concern (DURC)?

DURC is life science research, based on current understanding, can be reasonably anticipated to provide knowledge, information, products or technology that could be directly misapplied to pose a significant threat with broad potential consequences to public health and safety, agricultural crops and other plants, animals, the environment, materiel, or national security. Please visit the Public Safety DURC page to learn more.

What is educational information? Can Classes/courses be subject to export controls?

Items on the ITAR/USML are not covered under this exclusion; as such instruction qualifies as a defense service. The ITAR contains similar provisions, in which the following are excluded from the "technical data" definition:

Education in the US is generally not affected by the Treasury Department's Office of Financial Assets Controls (OFAC) sanctions programs, although online education may. Export Controls may also affect some online education. Open courseware, in which the entire content of a course is freely available, is considered as public information and informational material and is therefore excluded from EAR and ITAR controls, and is generally authorized under the Treasury Department's Office of Financial Assets Control (OFAC) (no specific authorization required).   Courses that are actively delivered, however, in forums  which involve interaction among students and teachers, homework is assigned and evaluated, quizzes and tests are administered and graded, and evidence of successful completion is considered as providing a service, which is not generally authorized, and requires a specific authorization for students in/or ordinarily resident in Cuba, Iran, and Sudan, under OFAC's sanctions.

Can classes/courses be subject to export controls?

It depends, information taught in catalog-listed courses and associated teaching laboratories are not subject to export control, but there are exceptions (not limited to the following).

With this in mind, the practical effect is that most university courses are clearly excluded from export controls, enabling participation by international students and faculty. To be sure that a course dealing with advanced or sensitive technology qualifies for educational exclusion, please contact Mike Sanderson via email exportcontrol@uccs.edu or 719-255-3044.

What is Fundamental Research?

Fundamental research is basic and applied research in science, engineering, and mathematics, where the resulting information is to be shared broadly within the scientific community, as distinguished from proprietary research and from industrial development, design, production, and product utilization, the results of which ordinarily are restricted for proprietary or national security reasons. The conduct, products, and results of Fundamental Research are to proceed largely unfettered by deemed export restrictions, meaning the results will be published and made freely available to the scientific community. Research whose results carry dissemination or Foreign Person access restrictions will not qualify as Fundamental Research for purposes of the export control regulations. Because export regulations expressly recognize that Fundamental Research is excluded from deemed export controls or export licenses, other government approval is generally not needed before involving foreign nationals in Fundamental Research activity at UCCS. However, such research may give rise to export issues if the primary research is to be conducted outside of the U.S. or if it requires Foreign Person access to ITAR (International Traffic in Arms Regulations) export control-listed technical information or software code or confidential information provided by third parties such as corporations, commercial vendors, or government collaborators.

What is a DD2345 and when do I need one? aka Military Critical Technical Data Agreement

A DD2345 ( Military Critical Technical Data Agreement) is a form required by the Department of Defense to control when and to whom particular types of information are shared. It applies to:

These forms are often required while working on particular projects or when attending particular conferences where you may encounter the type of information described above. If you need one, you’ll probably be informed by the project lead or conference organizer.

If you encounter or are given a DD2345, do not sign the form yourself. You may put yourself at risk for violations of federal regulation. Instead, please reach out to Mike at Export Controls/OSPRI by emailing composp@uccs.edu or calling (719) 255-3044. We will be happy to help guide you through the rules and process of the DD2345 for UCCS.

What is Controlled Unclassified Information (CUI)?

CUI can be many different types of data. These include, but are not limited to, certain types of financial data, law enforcement or legal records, and private health or student records. The CUI registry is a searchable list of CUI categories and includes links to regulatory statues surrounding each of those categories

Regulations require that CUI be handled in a specific way, from when and how it is shared to how it is stored or destroyed. While doing research and other work within the university, you may encounter data that qualify as CUI. You are especially likely to encounter CUI while working a project sponsored by a government entity. If this is the case, you should familiarize yourself with the rules surrounding the handling of CUI and reach out to composp@uccs.edu for assistance to ensure you remain compliant with regulations.

Why should I be concerned about export controls?

The university campus is open to students and faculty from many different countries. Access to restricted or export controlled technology, commodities, defense articles and defense services by an unauthorized foreign person could result in severe criminal or civil penalties for the university and the university employee making the export. Prosecution of an export violation may result in fines of up to $1M and/or a prison sentence of up to 20 years.

What is Publicly Available/Public Domain Information?

(a) Public domain means information which is published and which is generally accessible or available to the public:

(1) Through sales at newsstands and bookstores;

(2) Through subscriptions which are available without restriction to any individual who desires to obtain or purchase the published information;

(3) Through second class mailing privileges granted by the U.S. Government;

(4) At libraries open to the public or from which the public can obtain documents;

(5) Through patents available at any patent office;

(6) Through unlimited distribution at a conference, meeting, seminar, trade show or exhibition, generally accessible to the public, in the United States;

(7) Through public release (i.e., unlimited distribution) in any form (e.g., not necessarily in published form) after approval by the cognizant U.S. government department or agency (see also §125.4(b)(13) of this subchapter);

(8) Through fundamental research in science and engineering at accredited institutions of higher learning in the U.S. where the resulting information is ordinarily published and shared broadly in the scientific community.

Information and “software” that:

(a) Unclassified technology and software is published - and therefore not technology or software subject to the EAR - when it has been made available to the public without restrictions upon its further dissemination such as through any of the following:

(1) Subscriptions available without restriction to any individual who desires to obtain or purchase the published information;

(2) Libraries or other public collections that are open and available to the public, and from which the public can obtain tangible or intangible documents;

(4) Public dissemination (i.e., unlimited distribution) in any form (e.g., not necessarily in published form), including posting on the Internet on sites available to the public; or

(5) Submission of a written composition, manuscript, presentation, computer-readable data set, formula, imagery, algorithms, or some other representation of knowledge with the intention that such information will be made publicly available if accepted for publication or presentation:

(i) To domestic or foreign co-authors, editors, or reviewers of journals, magazines, newspapers or trade publications;

(iii) To organizers of open conferences or other open gatherings.

Please note that the fundamental research and public domain exclusions do not apply to tangible items that are being taken or shipped outside of the U.S. In such cases, those items must be analyzed to determine whether they are subject to export controls. For assistance with this process and with obtaining an export license if necessary, please contact OSPRI. The process of obtaining an export license from the government can be lengthy, so please plan accordingly.

Is it okay to send publicly available/public domain information to any location?

No, it may be prohibited to send publicly available/public domain information to an embargoed/sanctioned country without a license.

Is information that I present at a conference or similar event considered "Publicly Available" or "Public Domain"?

Not necessarily. It is important to note that follow-on questions and discussions can go beyond public information and into practical implementation, which requires a specific license. Please see AFAEA FAQ item 8 for additional information and examples.